How to Stay Safe During a Lightning Storm

Follow these tips to avoid being a statistic
Donna Campbell Smith 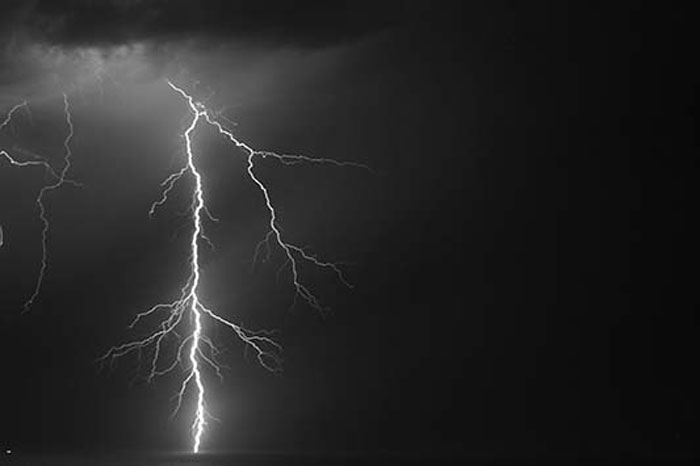 Summer thunderstorms are common in eastern North Carolina, where I grew up. Although I didn’t inherit my Mama’s seemingly irrational fear of thunderstorms, I am a believer in not tempting fate by staying outdoors in one. Over the past 10 years, an average of 31 people were killed by lighting each year in the United States, according to the National Oceanic and Atmospheric Administration. The most likely times to be struck are in the summer months between two and four o’clock in the afternoon.

North Carolina ranked second highest in lightning-related casualties, including injuries and deaths, from 1959 to 2007, according to a study by the National Weather Service, with 186 recorded deaths during that 48-year period. More recent statistics show North Carolina remains in the top 10 for deaths by lightning.

The National Lightning Safety Institute (NLSI) recommends you plan evacuation and safety measures in advance when participating in any outdoor activity. As soon as you hear thunder, activate your plan. Don’t wait until it starts to rain, because lightning often hits before it rains, according to NLSI. If you feel your hair standing on end, and/or hear a crackling noise, you are already in lightning’s field and must take immediate action.

In this situation get away from water, high ground and open spaces. Avoid all metal objects including fences, machinery, power lines and towers, and motors. Open sheds like picnic and rain shelters or under a lone tree will keep you from getting wet, but will not protect you from lightning. In 1961, eight people were killed by lightning while taking shelter under a tobacco barn in Clinton, which remains the largest number to be killed by a single bolt in the United States.

If possible, find shelter in a substantial building or wait in your car for the storm to blow over. If those shelters are not available move to lower ground, preferably near a group of low trees. Immediately remove metal objects from your person, place your feet together, duck your head and crouch down low, in a baseball catcher’s stance, with your hands on your knees.

If you are indoors, there are also precautions you should take. The National Weather Service warns us to stay off corded phones, computers and other electrical equipment that put you in direct contact with electricity. Avoid plumbing, including sinks, baths and faucets. Stay away from windows and doors, and stay off porches. Do not lie on concrete floors, and do not lean against concrete walls.

So what do I do to while away the time during a thunder and lightning storm? Well, there is something cozy about curling up with a good book while Mother Nature does her thing outside. I am always happy to take a break with a good book until it all blows over.